Promote Your Dating App For Valentine's Day In 2022 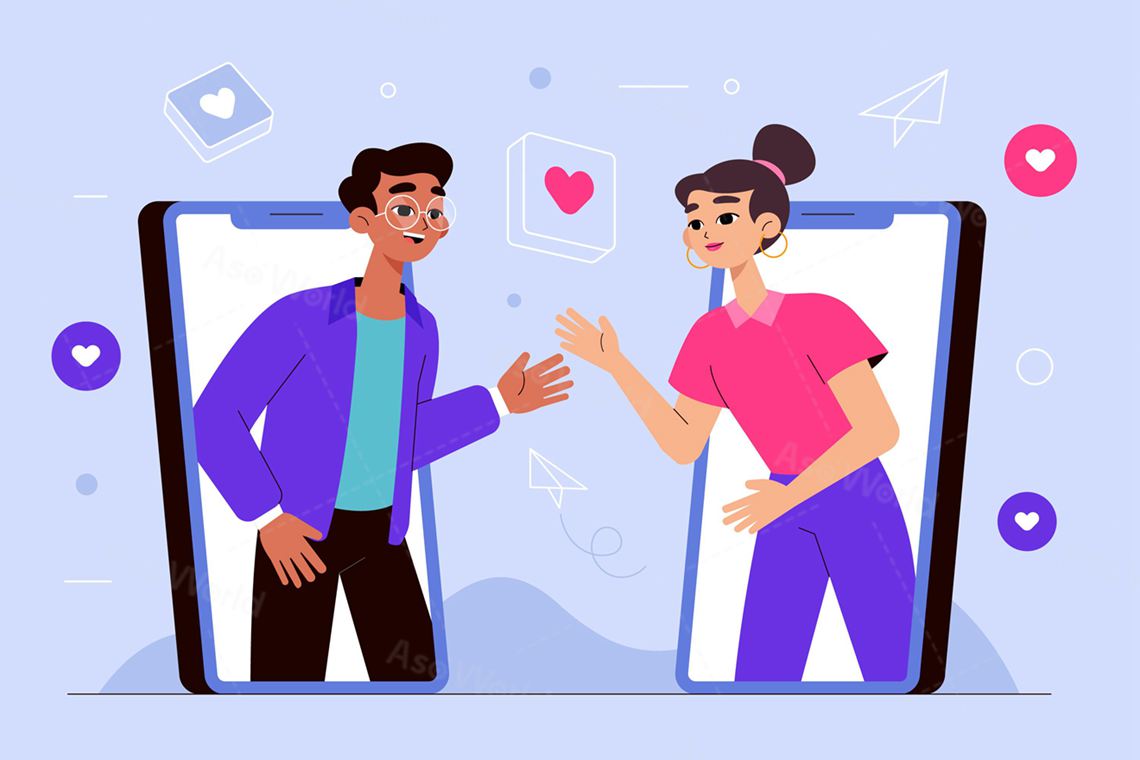 As Valentine's Day 2021 approaches, one of the most important questions for brands is how to increase app awareness, in-app engagement and retention on Valentine's Day.

This Valentine's Day, you can use a variety of marketing tactics to surprise, delight and drive sales, from social media promotions to SMS campaigns and more.

According to mobile analytics provider App Annie, Valentine's Day is fast approaching and online dating apps are having a record-breaking year despite social distance protocols that limit relationship opportunities for singles.

Avoiding boredom appears to be the reason for the surge in dating app activity. According to App Annie's research, during the lockdown, viewers flock to anything interesting. This dynamic ended up generating $3 billion in consumer spending on dating apps, up 15 percent year-over-year globally. In a statement sent to Bustle UK, Hinge revealed that 35% more dates were scheduled on Valentine's Day night than on similar days. Similarly, Facebook Messenger found that users engaged in 20 percent more conversations on Valentine's Day compared to an average day in February.

On the weekend before Valentine's Day, dating app JigTalk recorded a 122 percent increase in the number of singles signing up for the service. Surprisingly, this statistic is much higher than December's infamous "cuffing season," which saw only a 35 percent increase.

On Tinder, activity reached an all-time high between Jan. 1 and Feb. 13. Last year, the total number of matches worldwide increased by an average of 40 million during this period, and Dating.com found that globally, online dating activity increased by more than 18 percent between Feb. 1 and Feb. 14.

Whether it's a stressful pandemic relationship coming to an end or an individual looking for a partner after a long year, dating app use and spending has increased significantly over the past year. in 2020, consumers spent more than $3 billion on dating apps, up 15 percent year-over-year globally, with dating app downloads totaling 560 million.

The gift that keeps on giving

According to a study conducted by e-commerce aggregator iPrice, searches for "romantic gifts" increased 57 percent in Hong Kong, Taiwan, China, Singapore, Thailand, Indonesia, Vietnam, Malaysia and the Philippines during the pandemic, with the popular search "care package" soaring 238 percent in just one year.

This was followed by "scented candles," which saw a 236% spike in searches. Third was "lingerie," which saw an 82 percent increase in searches. Of course, the usual roses, flowers, chocolates and bouquets still ranked in searches, with increases of 123%, 83%, 50% and 49% respectively.

Due to the big popularity process we are in, many mobile app users are likely to receive their gifts through the app. To become one of the best Valentine's Day apps, it is necessary to understand Valentine's Day mobile marketing strategies.


Bring in more traffic for your dating app

Now there's plenty of time to not get your online dating app noticed.

But with over 2 million apps in the App Store, you can't really rely on users to find their way to you. Instead, you have to get the App Store search algorithm to target them to your app. This is best done through App Store optimization.

ASO or App Store Optimization is crucial to ensure that your app is visible in the App Store and especially found by your target audience. Dating apps are a highly competitive vertical, so making a good first impression and ensuring that you get suggestions when users search for dating apps is a key success factor.

You should also encourage satisfied customers to check out your app in the app store, providing another reason for your app to be installed by users. For example, you can prompt users to rate your app after they have been matched with a certain number of users to ensure that the most active users are promoting your product.

To learn more about dating app marketing, you can check "How to Promote Dating App to Drive App Growth?" of our previous articles.

If you are trying to promote your app and get it out to people who want to find the best mail order brides, you will need to spend some money. There is no doubt that organic app marketing is excellent. After all, it can help you build a solid following within your app and on other social media networks. However, there's only so much organic marketing can do.

If you want to take it up a notch and get those numbers rolling, you need to bring paid advertising into the equation. If you've ever wandered aimlessly through social media, you're bound to find some Tinder ads when pitching the app's features to potential users. Just like Tinder, you can use paid ads to engage your target audience and maximize signups.

Remember Coin Masters? In 2020, it seemed like every social media user was constantly bombarded with videos of Jennifer Lopez and the Kardashians playing games. Did it become annoying at some point? It did. But did it serve its purpose? Indeed. Through Netflix marketing, CoinMaster's creators have significantly increased brand awareness and increased the number of users of the game.

You can also generate buzz by paying influencers to promote your dating app. But remember: use this tip only if you have the right budget.

How can you increase in-app engagement on Valentine's Day?

For most mobile apps, user retention is a key metric for tracking their success. However, dating apps are unique in that they are deleted when consumers find their match. Hinge has been particularly outspoken about how their apps will be deleted once a relationship is established. For this reason, in addition to active users, consumer spend may be a particularly useful success metric, as churn is embedded in the value proposition of the match itself. Consumer spending indicates that users are getting value from additional features such as matching users outside of their local user base, seeing who likes your profile, and reversing swipes to the left. In-app subscriptions are the most popular way to profit in dating apps, but many apps also offer one-time in-app purchases.

You can increase engagement by setting up different targeting strategies for segments. In addition to targeting married couples, you should also target single users. Give your users a reason to check your app through Valentine's Day messages.

Gone are the days when app marketers blindly targeted audiences through random promotional messages. Today's digital marketing tools allow you to extract user data and use it systematically to target audiences with personalized content.

For example, you can set up in-app tools to collect data about personal attributes such as gender, height, weight, attractiveness, ethnicity, and age. Then using all this information, you should be able to customize your user engagement.

This is basically how Tinder manages to convert passionate prospects. It evaluates various profiles and then combines the findings with geolocation data to reach out to other singles who might be a good match.

What better way to promote your dating app than by using media? Often, if you want to increase the brand awareness of your app, you have to invest heavily in marketing communications. This way, you can get more users to sign up and use the app.

However, this is often easier said than done. A good way to achieve this step is to leave the marketing and brand communication to the experts who know the onion: the media. For example, you can pay a popular blog or news site to issue a press release about your dating app before you launch it. That way, you can build momentum around the app even before it appears.