Home Blog ASO Guides How to Win From Food and Drink App Category on The App Store?

How to Win From Food and Drink App Category on The App Store?

You may have noticed a trend in the Apple App Store: Food & Drink apps are exploding in popularity. Maybe it's because of the pandenmic. Maybe we're all tired of washing up. Whatever the reason, the Food & Drink category is hot.

In the past few years, these apps have become very popular. In fact, the online food delivery industry is expected to reach $31,908 million in revenue by 2021. It is then expected to grow another 5.8% by 2022.

ASO practice for your food and drink app

First, let's look at icons - the only ubiquitous element.

So how do the top-grossing apps in the Food & Beverage category handle them? The first thing we noticed was the lack of use of broad colors. In fact, of the 25 apps we looked at, 12 (48%) used red in some way.

The next thing we noticed was the kind of icons used by the Food & Drink app. Ninety-two percent of them use brand icons, which are icons that clearly show the brand logo. The two apps that don't use brand icons, Chuck E. Cheese and Little Caesars, use character-based icons instead.

Related to your app's icon is its title and subtitle.

60% of the apps we analyzed only use their brand name in the title. For example, if you search for "Chipotle" in the iOS store, you'll see the Chipotle app called "Chipotle.

A good example of this is the Instacart app. Its title is "Instacart: Grocery Delivery".

All other apps use subtitling. Twenty of them explain what you can do with their apps. For example, OpenTable's subtitle is "Find Restaurant Reservations", which succinctly states the purpose of the app and even hints at the benefits of using it.

Before we conclude this section, we need to highlight Taco Bell's approach. The fast food giant's title, "Taco Bell - For Our Fans," creates a sense of exclusivity and generates more downloads for users. Potential users might see Taco Bell's headline and think, "I only like Cheesy Gordita Crunch."

Taco Bell uses a subtitle to explain what you can do with the app: "Order your favorite food now." This combination of exclusivity and usefulness is powerful!

On the one hand, app previews can really help engage people by showing them what they want most (and why they downloaded the app) - pictures of food.

First, we used portrait-style screenshots for each of the apps we analyzed for this article. Digging deeper, we also see that every app uses at least some screenshots to show shots within the app.

In addition, 96% of the apps analyzed used captions regularly. dominos was the only app that did not. As we mentioned in the section on app videos above, captions allow developers to elaborate on the features and/or benefits of their apps.

The number of screenshots used by popular apps in the Food and Beverage category ranged from 3 to 10. Although we did find that the majority of apps (68%) use at least 6 screenshots. Remember, the vast majority of users only view 2-3 screenshots - make sure your storytelling is consistent.

First, 36% of the apps we analyzed in this category start their screenshot gallery with an artistic image that doesn't show the in-app screen. This 36% used their first screenshot to reinforce the benefits of downloading their app, or to build their brand.

Second, almost half of the apps analyzed use panoramic screenshots. Panorama screenshots are images that span two or more images in the App Store gallery.

Video is a powerful tool. Get it right, and you can increase conversions by 40%. But get it wrong, and you'll see your CVR drop by the same amount. Only 20% of the top revenue-generating restaurant apps use video. They are McDonald's, Instacart, GoPuff, Dutch Bros and the aforementioned Pizza Hut. Please use video with caution.

When we stratify the sentiment distribution, you can see the difference between negative, neutral and positive sentiment in app store reviews. Due to the nature of their business, the food and beverage app category is particularly susceptible to negative sentiment through reviews; consumers are prone to leaving frustrated feedback in the moment, and once they're done, they're more likely to forget about the positive experience.

One of the highlights of the Food and Drink app is that while you can't mitigate every negative rating or review, having a plan in place to receive negative feedback directly will help you improve your numbers.

Restaurants and food service companies use their apps to get useful information about service changes in front of consumers in anticipation of the shift to mobile that the industry is experiencing. Mobile teams also maintain high response rates throughout the year (a macro average of 92%) - never an easy task, as the market has changed more than ever before in the way services are delivered. These teams clearly understand that responding to understand and act on emotion is the best strategy when consumers reach out for help.

How to promote your food and drink app

In the ever-changing world of complex technology, it's easy to get distracted by the latest shiny thing on offer and forget about proven real app marketing strategies, such as discounts or coupons.

In the world of mobile ordering and social media, discounts have always been an important part of driving sales.

Before this era, coupons would be distributed in stores or online promotions, such as food discounts that invite friends from your neighborhood over multiple times a month.

The recipe for effective and successful promotions is simple, but often forgotten in the digital world. You must focus on building relationships with your audience and providing them with content they will enjoy, rather than investing your time in flashier tactics that may detract from what matters most.

You can look to the industry for many examples as inspiration, such as trying to understand how McDonald's, Domino's and KFC have adopted this simple strategy for their brands.

Apps with a large number of downloads will rank higher in the app store, but there is much more to a successful marketing campaign. Your most valuable users are loyal users, not just those who download your app on their own. Therefore, it is critical for you to keep them around.

A positive user experience will convert your downloads into revenue and a good ROI. That's why you need to make sure users experience the app itself and its features to convert them into loyal users who use the app to create value.

In addition, many users don't use the app very often after downloading it. This churn rate deserves your attention and you can't ignore it. If you or your app is not gaining loyal users, there may be problems with its design or functionality.

Without correcting these problems, you are unlikely to take full advantage of your natural traffic and promotions.

Ultimately, loyal users will determine how well your app performs in the marketplace and the future of your mobile app.

Rewards programs work because they:


How the DoorDash rank top with its keyword strategy

DoorDash ranks first in more than 500 words and DoorDash has made 36 app updates in the last three months. If the app has released many updates, it probably means they are fixing bugs. However, if they make some changes, such as adding new keywords or changing the description, they may also be optimizing their pages to rank higher organically.

DoorDash competes not only with Uber Eats and similar companies, but also with restaurant chains that want to bypass commissions and deliver directly, such as Burger King, McDonald's, Chipotle, etc.

We can see that DoorDash is ranking very well for many keywords. There are some brand names, but mainly very popular and relevant keywords. We found that DoorDash ranked very well from its branded keywords and those of its competitors (including "GrubHub", "Uber Eats", "Postmates " And "McDonald's") received the highest number of downloads.

The App Store's algorithm associates apps based on their ranking in categories and uses it when providing search results, so it lumps popular food delivery apps into one category. When you think about it, there's the logic here. If you're at the top of your category, the algorithm will help you, too. And your competitors...

Generic keywords, captured mainly by discovery campaigns, play a crucial role in success. In the case of DoorDash, we can see that DoorDash is bidding for generic keywords. They are bidding on keywords like "favorite videos," "seaweed," "enchiladas," and "dashr " and they are currently getting full impressions. Some of these keywords are not relevant, but as we saw with "enchiladas," they also target food-related keywords, as people may search for food rather than apps in the app store to find ways to order food.

To do this, DoorDash managed to find a variety of keywords that represented the same intent, were actionable, and fit well with the other keywords, app names, and subtitles in this list.

Most importantly, they combine well with "delivery" and "order", which means that DoorDash covers a lot of ground between the name, the subtitle and the list of keywords.

If you think you need a big budget to replicate this success, you're not wrong, but only if you struggle with DoorDash itself. Most categories and verticals are far less competitive and if you think experimentally with the right tools, you can go far on your own. 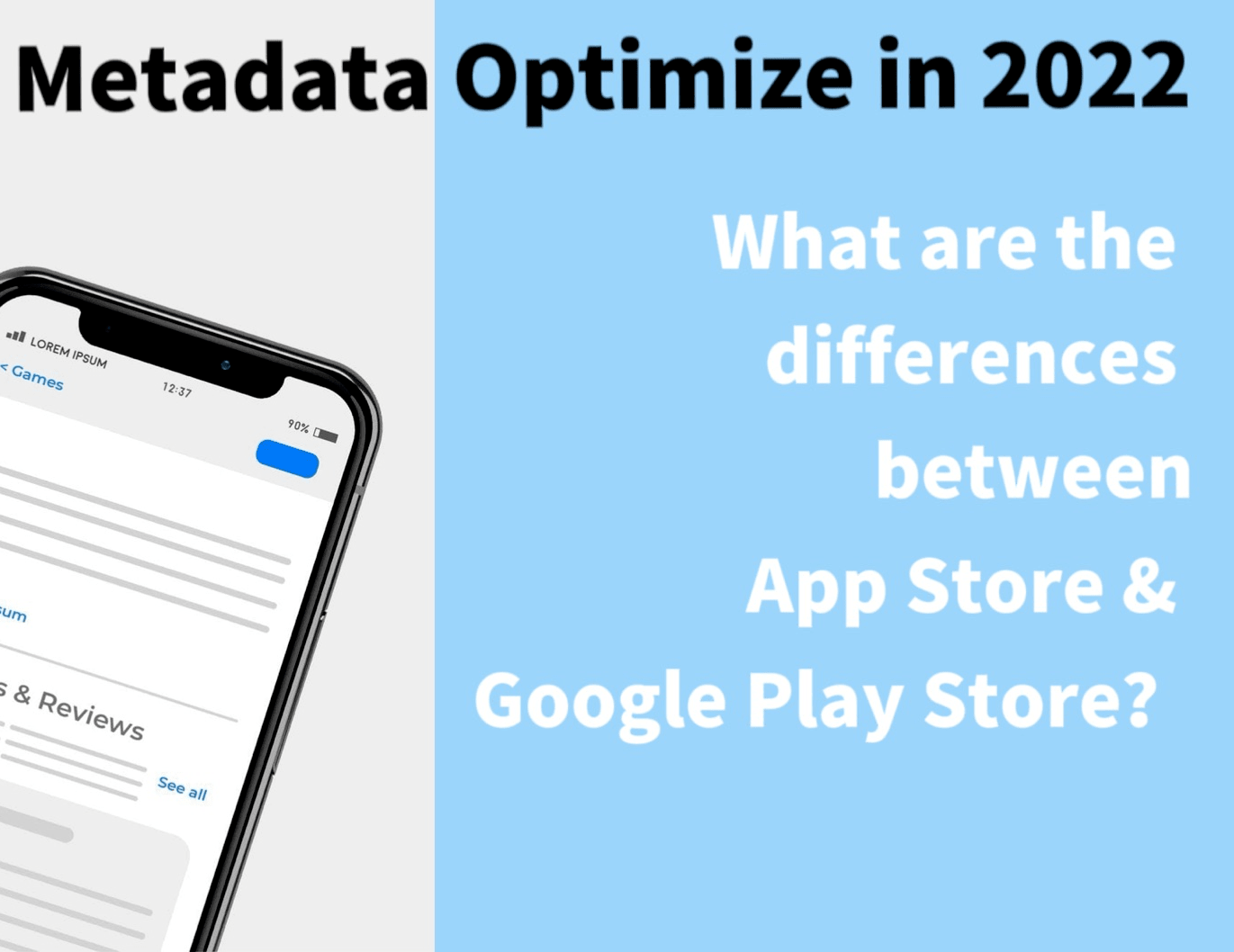