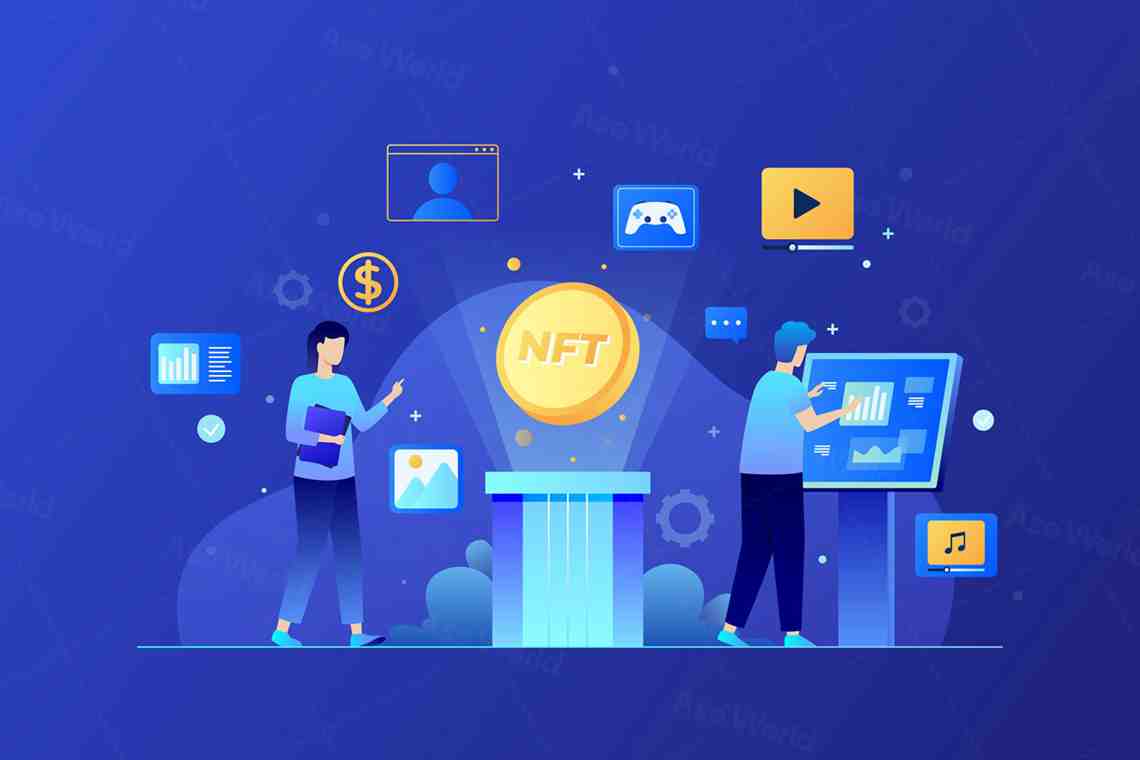 The worlds of cryptocurrency and video games are rapidly colliding. This combination, known as "play for money" and more broadly as part of the "web3" decentralization movement, could lead to a whole new gaming experience with real-world economies and new player incentives. In turn, this could fundamentally disrupt the traditional business model of the gaming industry.

The blockchain gaming market has become one of the fastest growing segments of the gaming industry, and shows no signs of stopping. One example of a successful blockchain game is Axie Infinity, which has millions of players worldwide.

What is an NFT game

NFT games combine traditional game design with unconventional game mechanics to give users greater control over in-game assets such as skins, characters, weapons, virtual lands, and more. This is achieved by launching games on the blockchain and linking them to digital asset-driven economies. These digital assets are typically NFTs, so they are distinguishable and tamper-proof. the adoption of the NFT token standard also allows developers to retain the rarity and uniqueness of some of these in-game items. This is the reason why some blockchain game assets are considered more expensive than others.

With this system, players can gain ownership of game assets through 3 main strategies. They can create or breed new characters, buy digital items on local or third-party marketplaces, or unlock and acquire new items. Whichever way you choose to access these game assets, you have exclusive ownership of them.

How game players and companies profit from NFT

For most video games, you usually have to buy a copy to start playing. However, NFT-based games are usually free to download. But to start playing, you have to buy NFTs. for Axie Infinity, these are creatures. For other games, it can be heroes, armor or weapons.

When you play most NFT games, you not only get experience and badges for each achievement, but also a small amount of cryptocurrency used by the game developers. You can then use them to buy more in-game items or cash them in and convert them to local currency.

Some games also allow you to buy and sell NFTs with other players so that new players can get the items they want without having to struggle with them - they're just trading money for time. The developers usually charge a percentage for each in-game transaction that occurs.

As more and more people become interested in the game and invest their money in the game's NFTs, players who got into the game earlier can sell their NFTs and make money. And for each executed transaction, the game developers also receive revenue.

Meanwhile, other players choose to enter the game and convert the cryptocurrency they receive from the game into local currency.

The company essentially makes money when NFTs are traded from one person to another in the game. It is the interest in the game that allows them to continue to make money and expand their gaming world.

Pros and Cons of NFT Games


NFT-based video games like Axie Infinity have become more mainstream as emerging and established developers launch NFT-based games. These games can provide a fun way to escape reality. NFTs are scarce and unique digital assets that have the opportunity to appreciate in value.

Solutions for licensed digital creations: NFTs cannot simply be copied or reproduced indefinitely. Each of them is associated with a different value, as each irreplaceable token exists in a decentralized digital ledger based on blockchain technology.

The possibility to profit from digital assets: Monetization is another potential benefit of NFT. Converting digital items into digital assets essentially means assigning monetary value to them. An early stage of irreplaceable tokens is the monetization of digital artworks.

Various Internet mods have also become digital assets, such as the viral video clip Charlie Bit My Finger, the Disaster Girl mod, the Nyan Cat YouTube video, and the popular Doge mod, which sold for $4 million in June 2021.

Collectibles, fundraising events and games: Physical collectibles such as baseball and NBA cards become digital assets by generating digital equivalents and displaying them with irreplaceable tokens. The tokenization of these in-game assets can also form the basis for developing games to earn video games.

Investing and trading irreplaceable tokens: converting digital files into non-assignable digital assets can lead to delivery restrictions. What is more interesting? The fact that you can never play the game, but still earn money from NFT items.

For example, the digital collectible "CryptoPunk #3100" was first sold in 2017 for $2,127, and when it was sold to another collector in 2021, the original collector received a return on his investment of over $7.5 million.

NFT hype and concerns about uncertainty: those who have purchased digital assets minted in NFT believe they own an investment. However, the current rush to buy these assets has led several experts to liken the phenomenon of an economic bubble to the eventual collapse of NFT investments. Certainly, some irreplaceable tokens have proven their value and growth potential, but there is still room for excessive speculation and herding effects in NFT investments.

As with all emerging and established industries, certain platforms have positioned themselves as major attractions in the NFT gaming world. These games are at the forefront of the current NFT craze because they successfully combine NFT with popular gaming themes. As a result, players can play some of their favorite game genres while participating in the lucrative NFT market. Without further delay, here are some games that fall into this category.

Axie Infinity borrows heavily from the Pokemon game series and adds its own blockchain twist to give the finished product an even more exciting feel. In this ethereum-based game, players breed and collect NFT-based digital pets called Axies with the core purpose of battling other players. Each individual Axies has its own genetic imprint. As a result, Axies' weaknesses and strengths are passed on to their offspring. As expected, these digital pets can be traded on the ethereum NFT marketplace, with the price of each pet depending on their rarity and uniqueness. To start playing the game, you must purchase 3 Axies, and for each quest, player-versus-player (PVP) battle and adventure mode you scale, you will receive the Smooth Love Potion ( SLP ) - a platform-native ERC-20 utility token - as a reward. Each time you try to breed a new Axie, you must pay a specific amount of SLP, which you can also purchase on the exchange.

Axie Infinity is arguably one of the best designed projects in cryptocurrency. Everything from the user experience to the token economics has been carefully developed and implemented. with a market cap of $42 million in June 2021 and projected sales of over $1 billion this year, it is by far the most expensive NFT collection. It is available for various operating systems of windows, mac, ios, android. Their vision is to create a virtual economy in which you can own and operate your business and even save, invest and spend money without having to rush to the bank.

MetaWars is considered to be a futuristic sci-fi game that follows multiplayer strategy. This role-playing game is entirely about space, and players are free to immerse themselves in one of the most realistic space explorations. Moreover, players use their opportunity to profit from the game's war economy. It takes place with the help of the huge MetaWars galaxy, constantly changing and evolving from the collective actions of each participant.

MetaWars contains three aspects. The first one covers everything related to exploration. The next is the fleet formation, where players can customize their droids and fleet ships. Last but not least, there is the combat section. There is also an additional feature for acquiring terrain.

MetaWars allows players to work with others to discover various star systems. As they complete a series of missions, they can work together to completely change these galaxies. Players can also collect limited edition robots while earning NFTs, which they may acquire from multiple auctions.

In addition, MetaWars allows players to wager and complete challenges. As a result, they earn $WARS tokens (governance and in-game tokens). Gamers expand their armies with amazingly unique optimization options. They can freely mix and match equipment, modules, weapons, and more. These options increase their in-game character level and they can earn unique rewards.

Evolution Land stands out in the list of top 5 NFT games because it has some different approaches. This game is more of a city building game where you can buy land, build buildings and generally expand your space. Each continent in the game exists on a different chain of blocks. You also need to use units called Apostles, which need to be collected to find unique units with expansion properties. evolution land still has some collectible elements, but the game stands out among Pokémon style games that use NFT.

Sandbox is a voxel-based game metaverse and one of the most active NFT gaming platforms where players can build and trade virtual assets. In this game, players can manipulate voxel assets and profit from them. Think of it as a blockchain iteration of popular games like Minecraft and Roblox. These platforms provide the tools to create and animate objects and then sell them on the marketplace. In addition, users can create and play custom games on the platform. sandbox 3D introduces SAND, an ERC-20 token, as a native token for meta-festivals. With this, players can buy in-game items on the platform's marketplace. There's also LAND, which is the NFT token, by far some of the most valuable and sought-after assets in sandbox games. In April alone, a record $8.5 million in land sales was achieved.

Play2earn games on the blockchain are making a lasting impression in a number of different ways. While some may require an upfront investment, others are free to play for mobile users worldwide.

The video game industry is at a crossroads between continuing down its current path and empowering gamers. In addition, the use of blockchain technology and NFT gives aspiring game developers and artists the opportunity to influence a relatively new industry.