Home Blog App Marketing How will the Mobile Market Develop in 2023?

How will the Mobile Market Develop in 2023? The past year has seen record app usage, with more than 485,000 app downloads per minute in 2022, an increase of 11% year-on-year. A total of 11.3 billion hours per day,  accounting for a third of daily life. In addition, user spending per minute was over $318,000, down 2%. Despite inflationary pressures on gaming spending, app services weathered the headwinds of the recession.

User time spent on apps and transaction spend provided a strong impetus across industries, with users spending $3360 on apps, equivalent to 44th place in the global economy, up 14% year-on-year.

From gaming to retail, to takeaway/taxi services and now finance, FinTech and EdTech. It is becoming increasingly important for brands to actively invest in cultivating app-based insights and developing app features to capitalise on the surge in user attention and usage time.


What does the future of App Store?

Online video, user generated content will continue to drive growth over the next 6 years

We believe that in five years' time, users will have spent more than 6 trillion hours on mobile. Mobile-centricity, advances in connected technology, the expansion of casual and core gaming, the launch of 5G, the need for digital connectivity, self-expression and deep personalisation of apps will drive continued growth in hours of use.

The following figures are derived from combining the Apple Store and Android shop. The graph shows the top four app shop downloads worldwide from 2020 to 2022, and overall app downloads are increasing year on year. 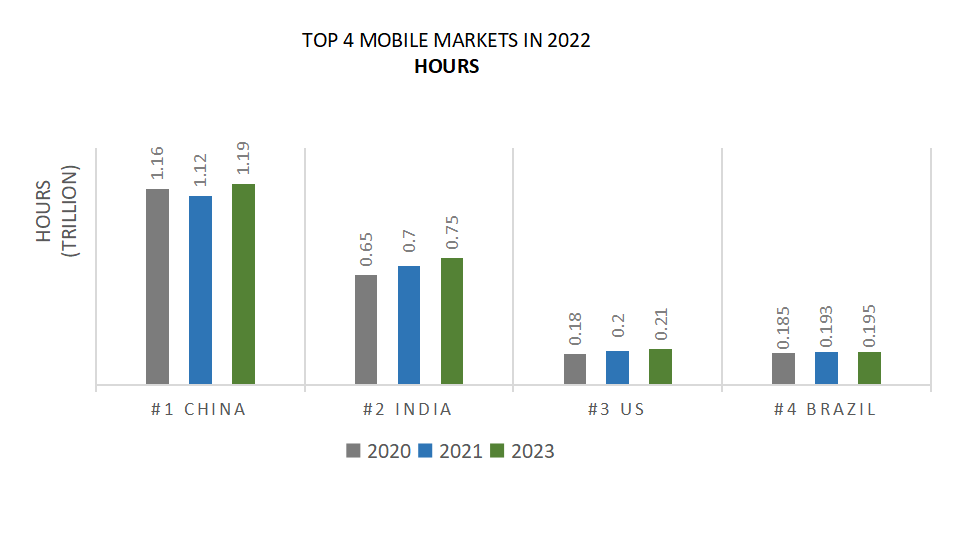 In terms of hours spent by users, the total number of hours spent globally increased by 9% year-on-year. Consumers in Pakistan (No.6 in terms of hours used), Russia (No.7) and Ukraine (No.13) saw increases of 20%, 20% and 45% respectively. During the Russian-Ukrainian conflict, consumers relied more on mobile devices to connect with each other. 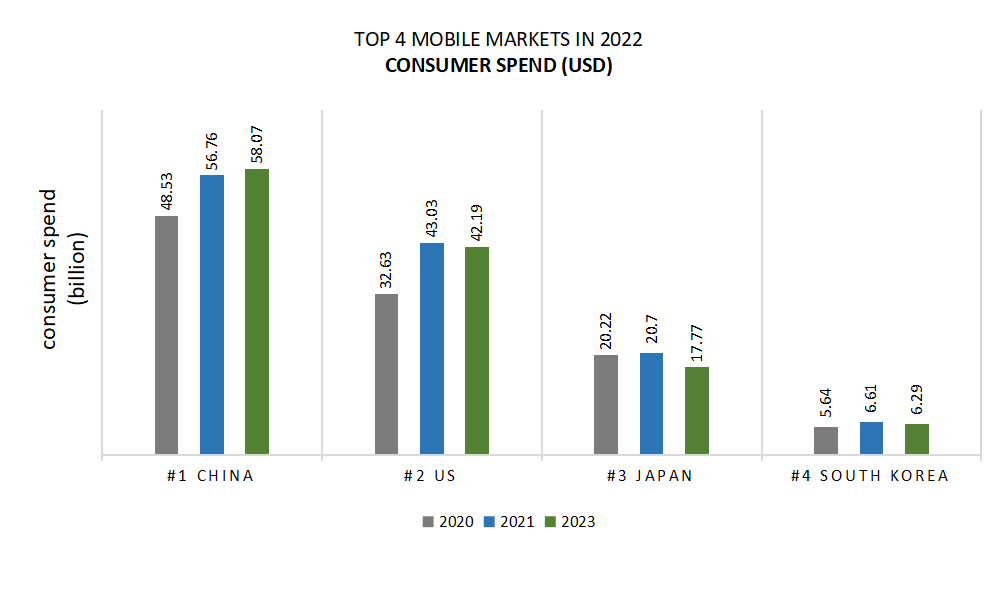 As people spend more and more time on apps, mobile devices will take a share of advertising. By 2022, the total number of hours spent on Android alone will exceed 4 trillion. But with economic headwinds, the growth of ad spending will slow.

Despite the headwinds for social networking sites, short-form video apps are expected to drive ad spending.

User spending on mobile games falls to $110 billion in 2022 after a 5 % decrease——while downloads rise to nearly $90 billion.

In 2022, notable IP games such as Diablo Immortal and Apex Legends Mobile were successful in terms of usage and IAP user spend, due to their ability to deliver a mobile gaming graphical and gameplay experience comparable to that of consoles.


Spending in Games Declines, While Apps Remain Resilient Amidst Consumer

Gaming is the app that will be hit the hardest in 2022——which could represent more 'need-to-have' services, prove more resilient and mirror consumer behavior more similar to how people treat their cable bills.

《Uma Musume Pretty Derby》is set to become one of the fastest-grossing mobile games ever to reach $2 billion, just two years after its initial release. Its user spending is mainly from Japan. As of November 2022, the game is only available in five markets: Japan, Korea, Taiwan, Hong Kong and Macau. 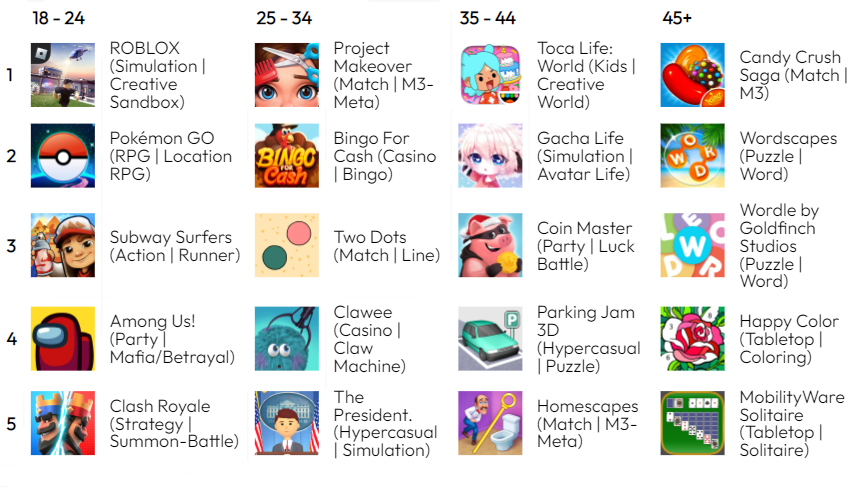 China's mobile games market has grown rapidly in recent years and the games market has reached the largest in the world, but growth has levelled off in an environment of increased competition and regulation. For Chinese game publishers, the overseas market offers opportunities for international expansion and profitability for game publishers of all sizes.

China has become the world's largest producer of mobile games, and more and more Chinese game publishers are achieving success both within and outside the country.

Genshin Impact, a game from China, occupies the number one spot in most countries and regions in the game charts of the major regions. Japan has proven to be by far the most successful overseas market, and while creating adaptable localised games is key, the ability of Chinese games to outperform gaming powerhouses such as the US and South Korea is just as much a reflection of their ever-improving quality.

What can we do?

Consumers and the market environment are constantly changing, so we need to capture the needs of consumers. Marketers should be aware that the focus of marketing is on branding. Spend in brand advertising will help bolster the effects of dipping spend on performance marketing in the face of tightened marketing budgets. 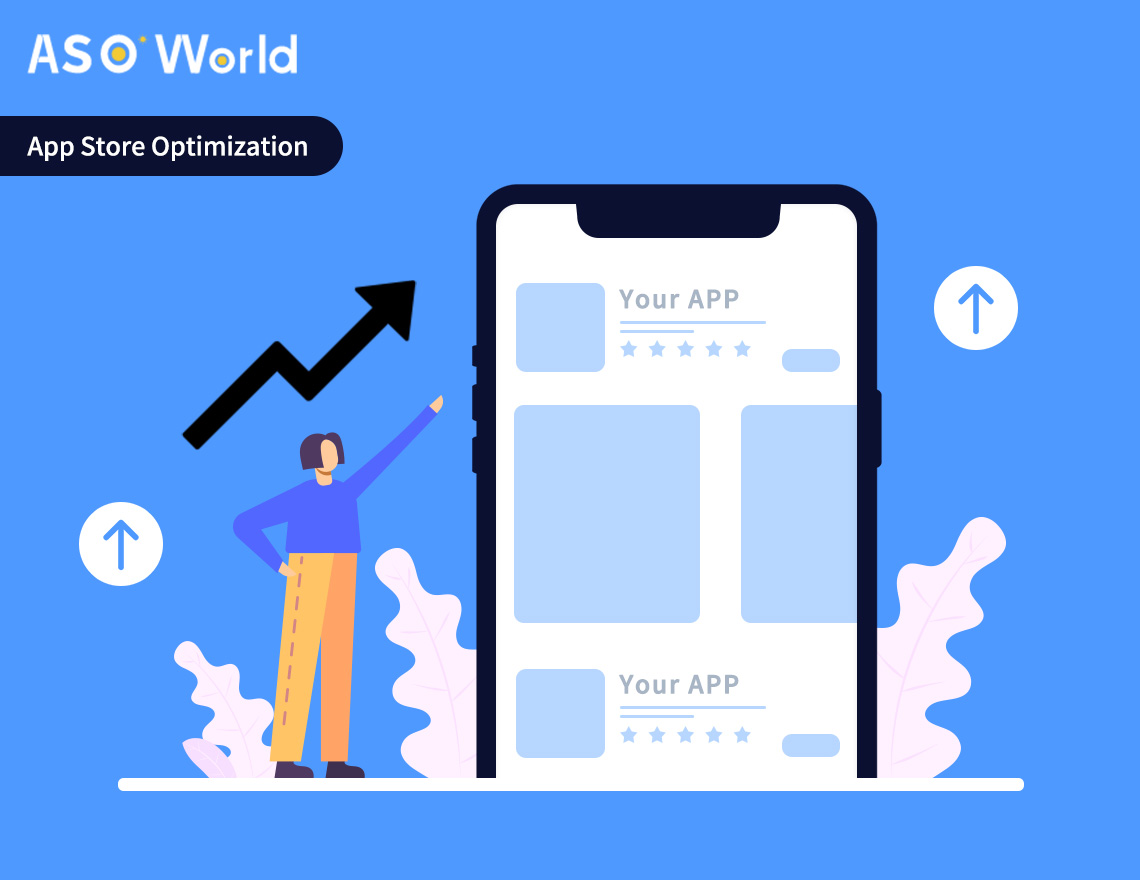