Home Blog Mobile Game & App Insights Genshin Impact: How Is It Still Successful And Stay In The Top?

Genshin Impact: How Is It Still Successful And Stay In The Top? 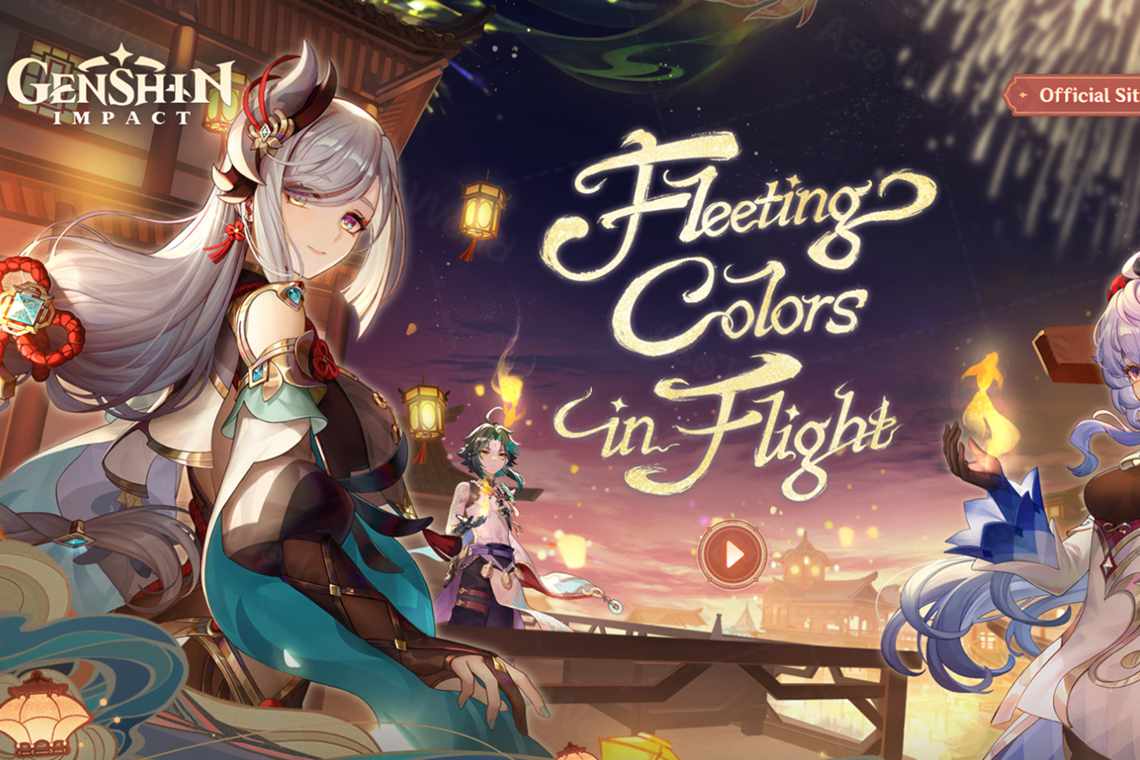 Most gamers are most likely aware of Genshin Impact's success in 2021. Its revenue as a mobile game has been in the top three for the year. Every so often a new game is released that pushes the boundaries of mobile gaming, and Genshin Impact is one of them.

This article will dissect the Genshin Impact ASO and monetization strategy.

How successful Genshin Impact is?

In late September of 2020, GI launched for mobile devices, PC and PS4 and was a huge success, ranking in the top 10 in all major markets Soon after, it became the best game of 2020 and won the Game of the Year award from Google Play and Apple. So far, Genshin Impact has been featured 7152 times on App Store.

GI made headlines throughout the industry. Not only did it break the international launch record for a game developed in China, but it also surpassed China's TikTok in terms of box office revenue on launch day. The game generated $60 million a week after release, for example, and has already generated over $30 million on iOS alone in the US, Japan and China, which Mihoyo has reportedly offset Genshin Impact's $100 million in development costs. genshin Impact has $1.8 billion in consumer spending in 2021. The majority of revenue will come from China, Japan and the United States.

In addition to its unique gameplay, Genshin Impact has been a success in the App Store app rankings - consistently ranking in the top 10 mobile games since launch. As you can see in the total revenue chart, they ranked high in both the role-playing and adventure categories. It's not easy to stay at the top of the charts with such stiff competition.

Let's check which keywords are bringing in Genshin Impact downloads. First, Genshin Impact gets most of its natural downloads from its branded keywords with 59.29%. It's safe to say that most of their users already know what they're searching for. The rest of their downloads come from "fun games, Benjamin Impact, cool games, anime games, role-playing games". The app has ranked these keywords in a range between 1-5. It seems that Genshin Impact has optimized its application in the competition. 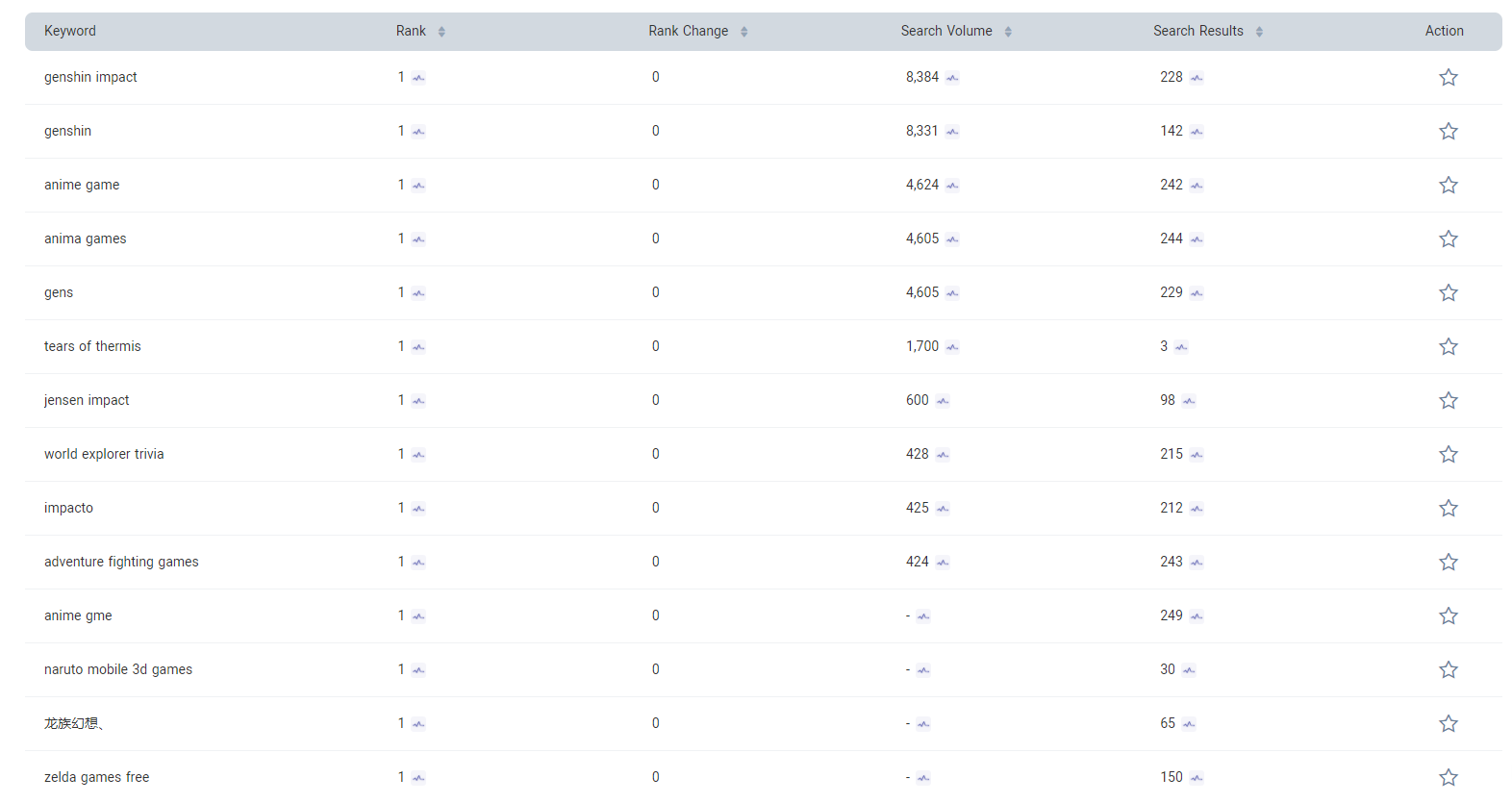 Interestingly, "Zelda games free" is also one of Genshin Impact's keywords. However, Breath of the Wild is not available on mobile devices, only on Nintendo. Because of this, many players who fail to search for Zelda in the app store turn to Genshin Impact.

In addition, they seem to appear frequently on the App Store and Apple Search Ads, as each metric has a high visibility score. Compared to its competitors, Genshin Impact appears more often for paid keywords - even for those with very high popularity scores. 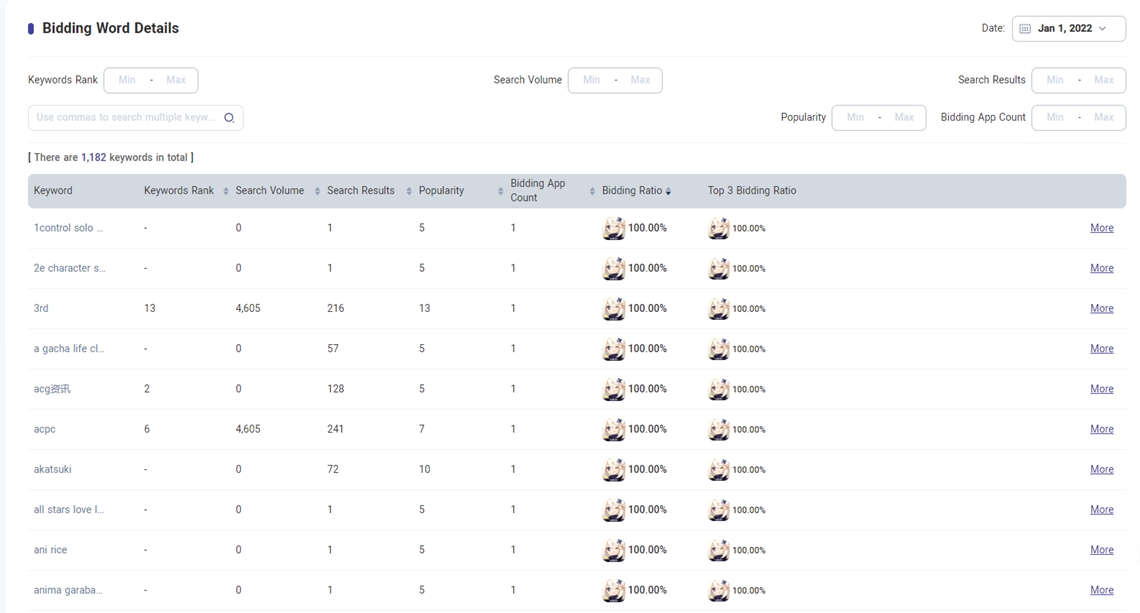 It is important to note that App Store Optimization and Apple Search Ads are highly correlated. Both are important for successfully promoting your app.

The Genshin Impact game icon depicts one of the unplayable characters - Pymon. In the game, she accompanies and guides the player.

The design of the icon follows the attractive anime art style of the game. The color scheme is very simple - there are different shades of gray and blue/purple. Contrast is between light and dark colors. The characters are cute, blinking, expressive and appealing.

The icons of other anime style adventure and role-playing games are very similar. Almost all of the game characters come with animated facial expressions.

Genshin Impact has been running an aggressive marketing campaign through ads and YouTube influencers and is currently listed as one of Apple's "Top Games of the Week". While their ads can help take users to product details, it's the content on the page, including screenshots, that ultimately leads to conversions.

Genshin Impact is a mobile game set in a fantasy world with a variety of unique characters that players can collect and a real-time battle system. For any app, screenshots should communicate its functionality in a visually compelling way on the Apple App Store and Google Play Store. 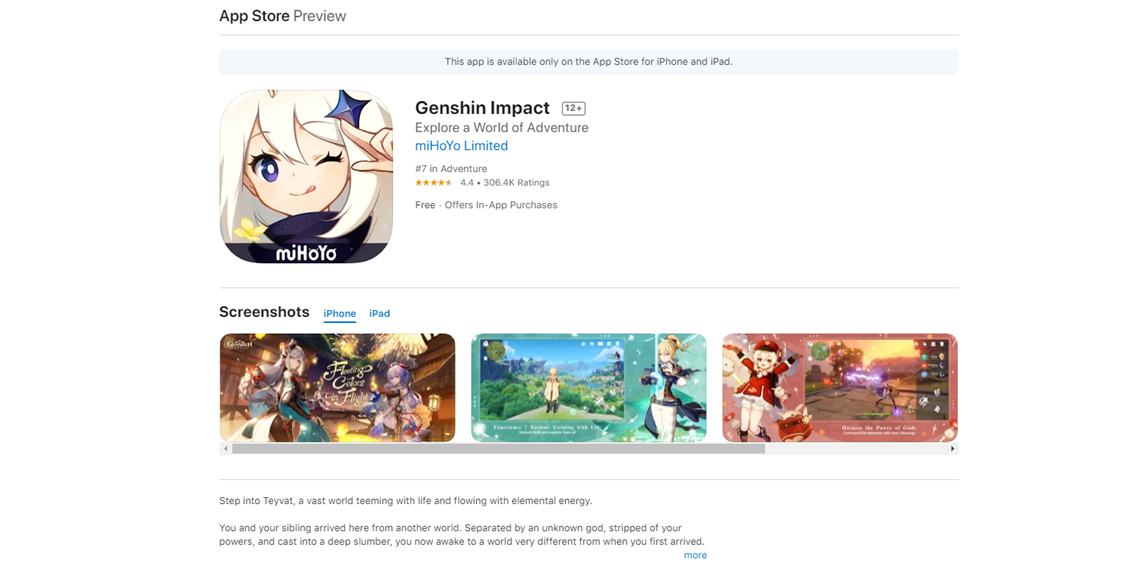 Each screenshot uses a similar design, utilizing the popular style of mobile game ideas. In-app images are surrounded by colorful decorative frames. Each frame contains a different character from the game to the side, as well as a copy of the screenshot showing the value proposition below. 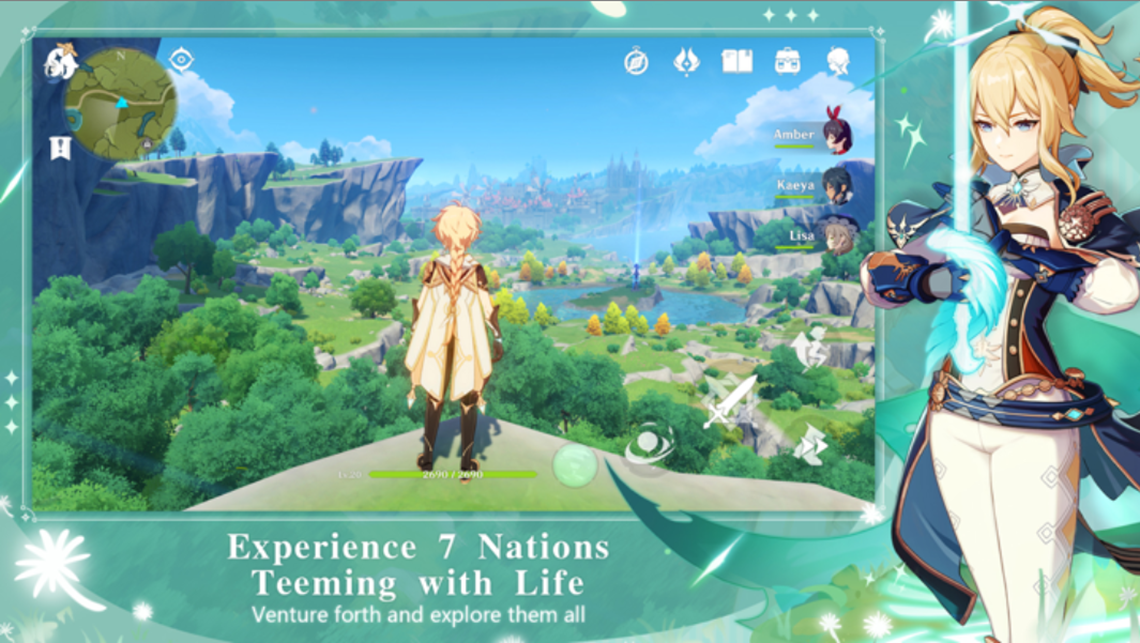 The image above depicts the traveler (protagonist) on a mountain top with the city of Mondstadt in the distance. This screenshot is from the first few minutes of the game, in which the traveler walks towards the city. On the right side, there is an image of the game character Jean, who is in charge of dealing with the unrest in Mondstadt. In addition, there is a caption in the bottom left corner below the screenshot. All these elements are superimposed on the turquoise background, complementing the screenshot in terms of color.

These are common design choices used for important purposes. Placing characters on one side of the screenshot helps highlight important or popular characters in the game, while the screenshot copy provides key information about the mobile game itself. Each screenshot needs to be relevant to the copy in order to give the user a better understanding of how the game works.

The five screenshots Genshin Impact used focused on the story and world. These included value propositions such as "Experience 7 vibrant countries" and "Embark on an epic journey", highlighting story-related features.

When you have an RPG, you have a lot of players who are eager to upgrade. To help them do so, you must provide the right monetization features.

The following are some of the most common IAP monetization features in RPGs.

With all these features, Genshin Impact decided to place their bets on one - gacha.

In terms of monetization, Genshin Impact is a fascinating case study. Players can play the game very freely for a long time without even realizing the possibility of using real money. Therefore, it is definitely first and foremost an engagement and secondly a monetization strategy. When you first start playing Genshin Impact, you can only play the game. There is no store, no store tutorial, no pop-ups. There is nothing to distract you from fully enjoying and participating in the game. It is not until you reach Adventure Level 5 that you can peek at monetization. At this point, you can unlock wishes and the game store.

Genshin Impact primarily uses gachas (wishes) that players use to acquire characters and weapons. The gachas come in the form of regular gachas and limited-time "special" gachas, which are more likely to provide players with certain characters and weapons. To purchase Twister eggs, players can purchase the required currency with real money, earn them through the game's Battle Pass or through currency accumulated at the player's account level.