Case Study: How We Driven Over 500% Organic Growth in User's Health & Fitness App

ASOWorld tech team are always keeping an eye on what's happening in the app markets to help app & game developers and marketers effectively increase their app's visibility in the app store, so as to quickly win their app success. 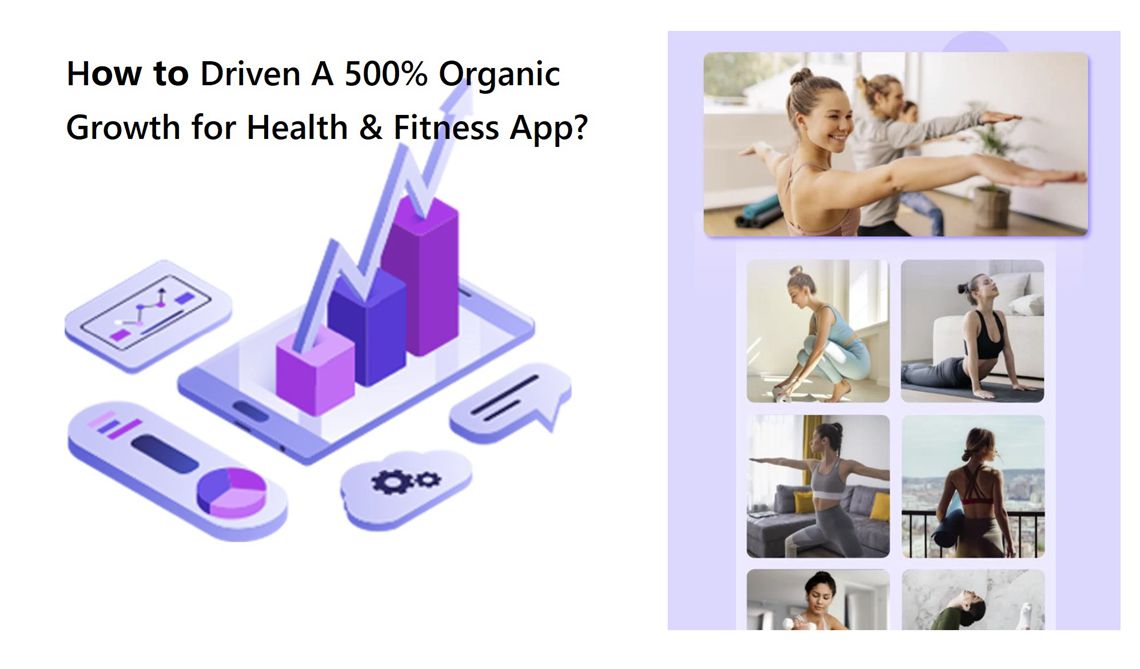 For health and fitness apps that have been so hot in the app market recently, with people's attention to personal and their family health, the user base of these apps is always on rising. What we are focusing on here is how to help health and fitness apps get the opportunity and quickly drive their organic growth in the situation of seasonal factors and the epidemic which is not unfamiliar to the world.

Below we'll start our discussion with the true story, about which how one of our users' health and fitness apps achieved over 500% organic growth in a matter of months.

Also, the application name remains anonymous here to protect the privacy of our customers. But to give you a better idea of ​​the health and fitness app's story we're sharing, we found one of their competitors' apps from the Google Play Store below. 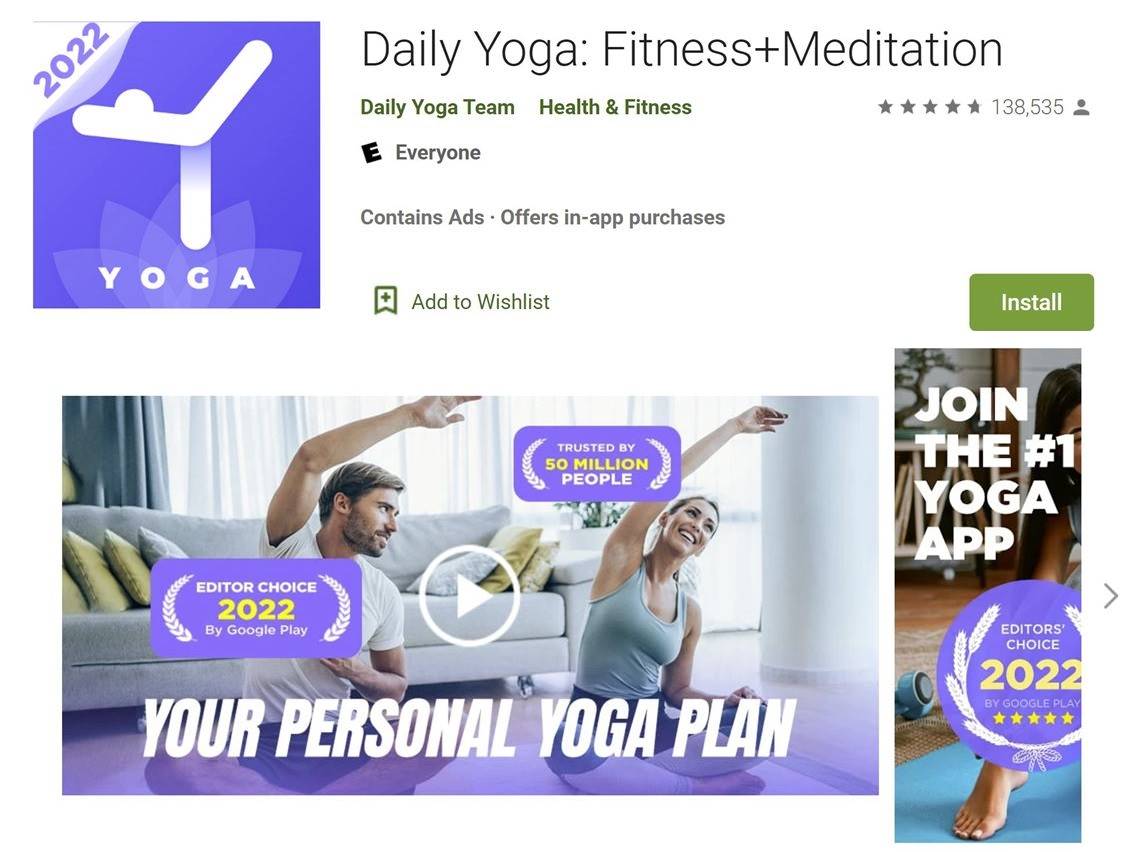 When we started our personalized app growth solution, we made a comprehensive analysis of the app's competition status and key competitors in the Google App Store, the habits of their target users, the current app store optimization condition of the application, the keyword coverage and ranking in the app market, and the traffic distribution.

A good beginning: this application of our users already has a certain promotion basis instead of a new application that has just been launched, that is, you can find a certain amount of downloads, reviews and ratings on the app product page. This app has done preliminary ASO optimization, and some fitness-related long-tail keywords have been distributed in the app name, subtitle, description and other positions on the product page.

The shortcomings are: the title characters is not fully utilized, the search volume of the distributed keyword is not high enough, and the performance of the Icons that visitors can see at a glance at the first screen position of the product page is not enough. As you can image, the organic downloads and traffic will also be very low.

Our recent research investigated how seasonality affects the App Store conversion from product page views to installs. An interesting finding was in the Health & Fitness category, where the average app downloaded from March after the winter ended was more likely to be downloaded compared to the average six months in this category. Our hypothesis is that as the weather warms, people are more likely to be outside, exercise and be active.

Data for the past six months shows that the average category benchmark for impressions/installs is 4.3% for AppRanking. This category is relatively competitive due to the steady increase in demand for healthier lifestyles over the past few decades. You'll find countless personal trainer apps, trackers, motivators, reminders, exercise variations, and more.

The main goals of the app are:

• Increase organic downloads on Google Play Store and iOS in the US, Canada and more.

• First we started our app growth plan with keyword research. Our strategy for keyword shortlisting is to identify high-traffic, low-competition, long-tail keywords in order to gain as much visibility in search results as possible and drive more organic installs. The next KPIs are Traffic, Relevance, and Difficulty. These KPI values ​​come from multiple App Store optimization tools, such as appannie, google trends, and ASOWorld's database. We also did a competitive analysis to find keywords based on the above KPIs.

• App localization is a great way to increase app installs because Google Play favors localized apps for a better user experience. Although it's called a lingua franca, not everyone speaks English - having a localized app that's native to a non-English speaking country would be an advantage. As a result, we localized our app store listings in English-speaking countries, and optimized minor language localizations in other target regions to rank higher on the Google Play Store and increase organic downloads. We follow the same keyword strategy to filter localized search keywords in small language regions.

• As a next step in optimization, we also keyword-optimized long descriptions in the US, Canada, and several target regions.

• Optimize the screenshots and video design according to the habits and preferences of the target users in each region, highlight the exclusive features of this app for our users, and take into account the cultural background of the population in each region to fit the user's aesthetics as much as possible. It be proved that good screenshots and video design will effectively increase the downloads conversion rates.

• From our past experience, we know that UAC organic boost works best for smaller apps; so we assume that if we run UAC, we'll get more organic downloads.

• Through keyword optimization, we were able to improve rankings for the top 5 keywords (based on ranking progress) within 28 days, which resulted in over 200% organic growth.

Below are one of the main keyword ranking with high search volume. 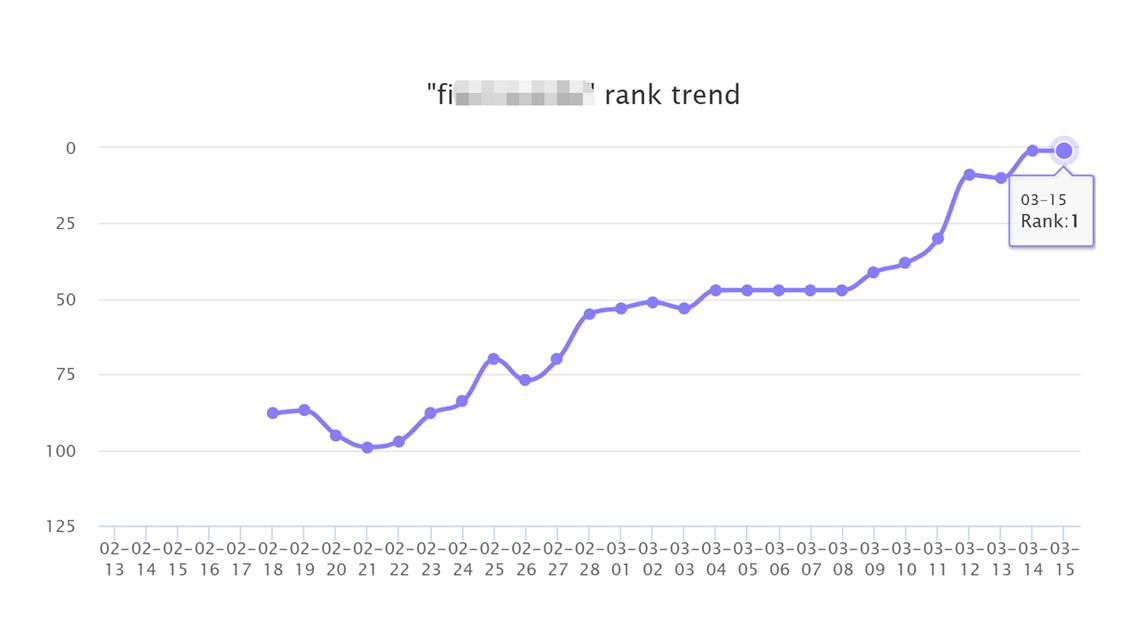 Phase 2: Run Google Ads campaigns in the US and Canada to drive downloads

We also launched a Google Ads campaign in the US and Canada on March 9 to drive downloads.

So, compared to January, we saw a dramatic increase in organic traffic.

This was tested using smaller apps with 3-figure monthly ad spend, and the organic boost was noticeable.

We also ran the same test with a larger app with more downloads, and the correlation wasn't as high.

Without UAC, organic growth in February was over 200% compared to December; overall organic installs rose to around 280% in March with UAC running. This suggests that our hybrid approach, UAC combined with ASO, produces more organic growth.

Based on our experience in applying best practices, we have done the following:

For App Promotion 2, we also had a UAC campaign for Android, but we didn't see any correlation between paid media and organic growth.

As with case study, everyone will find something different that they might be interested in. Whether it's our research or growth approach.

For us, the conclusion is that for iOS, ASA is one of the most effective tools for keyword bidding, with the highest conversion rate, and organic growth eventually achieved a 500% increase. For Android, the correlation between paid and organic promotion is not as strong.